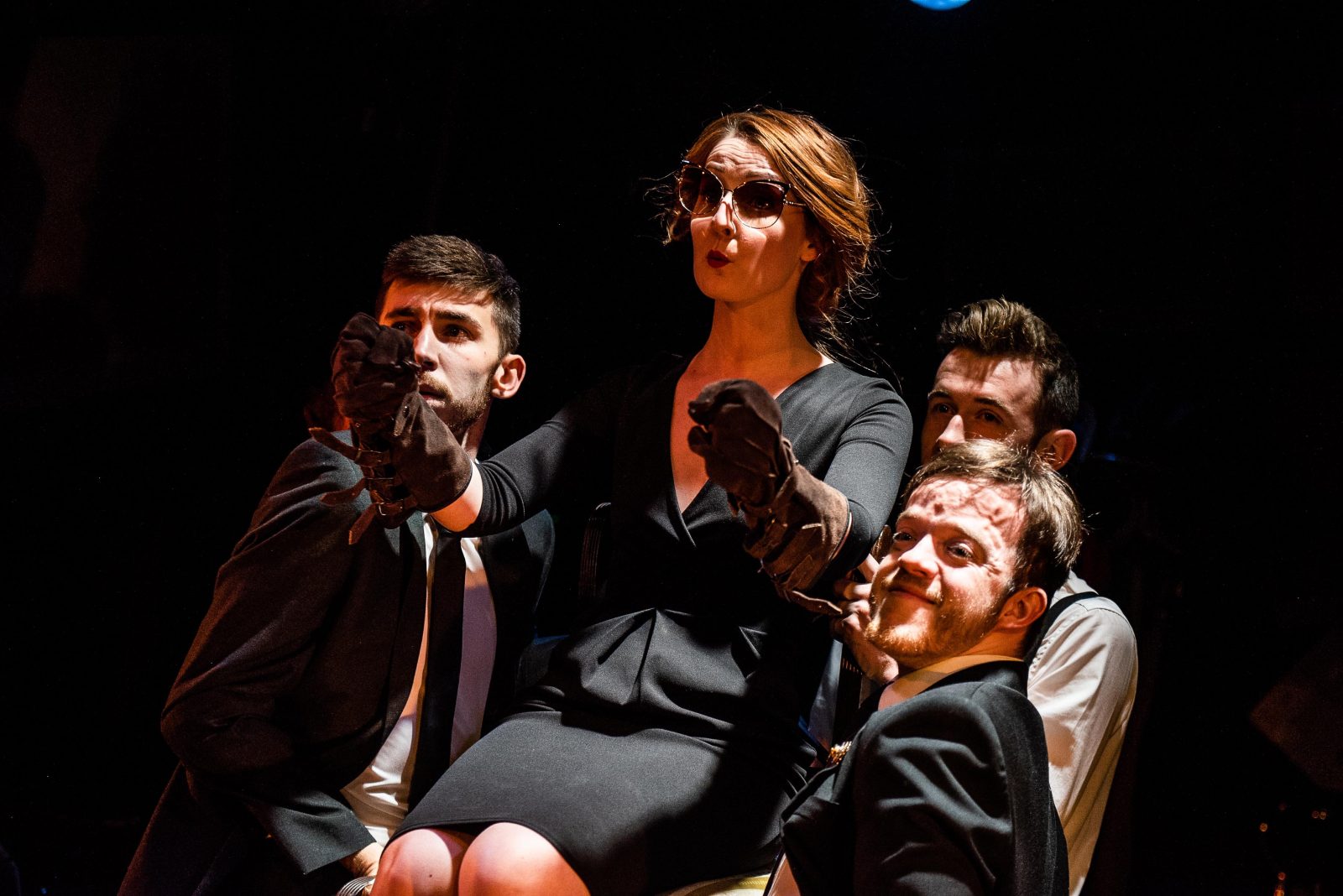 Their Finest Hour was first performed at The Studio Theatre, South Hill Park, Bracknell in June 2019 and February 2020.

Steve Darlow is an author and documentary consultant with twenty-two books to his name. He has often been called upon as a contributor, consultant, or researcher for television documentaries, most recently the Smithsonian Channel ‘s Air Warriors – Spitfire, and the Lancaster feature documentary. He is writing and developing four theatrical productions, three of which are set within the Second World War. In 2009 Steve founded Fighting High Publishing and he actively supports fundraising for military charities, most notably the Royal Air Force Benevolent Fund. Steve’s grandfather served as a Pathfinder pilot with Bomber Command during the Second World War, flying on 32 operations and becoming a prisoner-of-war. He has been writing, researching and publishing books on Second World War aviation for 20 years, making him one of the most knowledgeable and respected experts on the subject. Website www.stevedarlow.com. (Steve Darlow’s authored and published books are available via his publishing website www.fightinghigh.com)

Auriole, born and trained in Liverpool, has a long association with South Hill Park. Since 1990 she has appeared in and choreographed many productions, and was the centre’s Dance Co-ordinator for ten years setting up the successful annual Lift Off Dance Festival. Auriole also works professionally in theatre, TV and film as an actor, director, singer, teacher and producer. Her most recent work includes productions of Sweeney Todd – The Demon Barber of Fleet Street, Company and Dancing at Lughnasa for the Wilde Theatre, Studio Theatre and Livelywood Productions at South Hill Park, Handbagged and Jessica Swale’s Nell Gwynn for Wokingham Theatre, a largescale production of My Fair Lady for Reading Operatic, a commercial video for Danone UK, and the musical Lucky Stiff which enjoyed a 4-star run at the Edinburgh Festival Fringe and also performed at The Other Palace London and Studio Theatre, South Hill Park. In 2012, Auriole set up the production company For George Productions and so far, two of their short films, For George and Gnomeland have gained awards and official selection screenings at various film festivals in the UK, USA and Europe. She has an active interest in aviation and history. Her uncle Bill served with the RAF’s 218 (Gold Coast) Squadron during the Second World War on Wellingtons, Stirlings and Lancasters, flying some 67 operations, and her late husband was a civilian pilot. Auriole would like to dedicate this production to her late Father Alexander James McDonald, T/104038 Driver 508 Coy RASC who always told her that he survived Dunkirk by ‘digging a bigger hole in the sandhills than anyone else’.

Their Finest Hour would like to thank Luke Burton and The Studio Theatre Company for all his help and support. South Hill Park, Staff and Stewards. Front of House and Technical Department for all their help and support. Advantage Print Room Bracknell. Yrma Van Der Meer for the Dutch Translation ‘Maria Ten-Horn Poem’. Atrium Bar and Café South Hill Park. BBC Radio Berkshire. RAF Benevolent Fund.

Steve Darlow would like to thank Janet Mooney for her script editing skills
and general guidance as the idea formed.

Pictures from the production are courtesy of Savannah Photographic. http://www.savannahphotographic.com

‘We were blown away by the show … it will stand the test of time … most fabulous piece of theatre and history.’

‘It seems the most natural thing in the world to be sitting in the cockpit, as though my entire life has led to this moment.’ (Jackie Sorour, pilot)

About Their Finest Hour

Their Finest Hour presents the story of the men and women who served with the Royal Air Force during the Second World War. A completely new theatre piece, told through the words and eyes of those who were there, it is a truly unique and immersive verbatim production, with a cast playing over 100 characters. Featuring 1940s music and songs, poetry, and gripping story-telling, this stylish performance brings an emotive and significant part of our history to life.

‘Let us therefore brace ourselves to our duties, and so bear ourselves that, if the British Empire and its Commonwealth last for a thousand years, men will still say, this was their finest hour.’